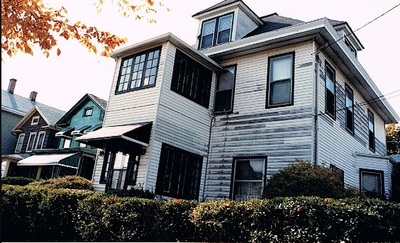 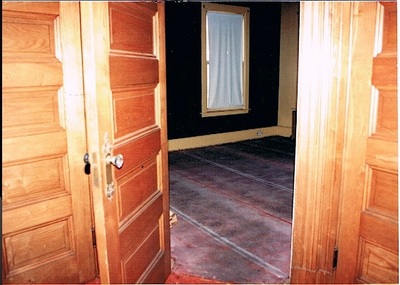 I spend a lot of time in a double bed in a hot bedroom on the second floor of a white house in August of 1962.
The window of this bedroom, which is at the front of the house, is completely filled with a giant, white marble church. It’s like a huge, life-sized photograph of a church has been hung outside the window. I can’t even see trees, or sky.
Yes, I know it’s 2014. So how could I be in a bedroom in 1962 and be writing these words now?
That bedroom is the bedroom in which my father spent his final days, and I have spent a great deal of my time throughout my life imagining what he must have experienced, what he had to endure, and wondering how I would have dealt with it.
My father was diagnosed with advanced liver cancer around the Fourth of July that year. Everyone thought it was his gall bladder until they opened him up.
The repeated refrain after the surgery was, “They opened him, and they closed him.”
There was nothing that could be done.
The doctors sent him home with Dad believing they had removed his gall bladder and that he’d probably be fine. Remember: this was 1962, the days when bad news was routinely kept from the patient. Try that today and there’d be a malpractice lawsuit filed before the patient pulled into his driveway.
By August, he knew the truth, because his family doctor told him. “Get your house in order,” he told him.
This period in America was pre-liver surgery, pre-chemotherapy, and pre-Hospice. It was also pre-air conditioning (at least for my family). When you found yourself in my father’s position, you lay in bed and waited to die.
It was blistering hot in that bedroom. His only pain medication was shots of morphine, administered by my mother, every four hours, and not a minute before. No one wanted him to get addicted.
Around the first of September, Dad began vomiting blood. He was taken to the hospital by ambulance, where he died a day later. His cause of death was actually a blood clot that went to his lung. It was probably a blessing since this prevented the liver cancer from causing as much excruciating pain as possible.
I don’t think a day has gone by in my life when I did not place myself in that room, seeking understanding.
From all accounts, Dad was beyond stoic. My mother and other family members tell me he asked to see me and my brother sometime towards the end. I was nine, my brother was seven. I remember nothing of this.
I do remember many years later asking permission of the empty house’s owner to take photographs of the interior of the house, specifically focusing on that bedroom. He said yes, and I still have those photos.
I look at the empty room, that bedroom, and it looks like nothing more than an empty room. I don’t get a sense of his presence; I don’t find myself studying odd shadows looking for anything that might have import, or meaning. It’s an empty room that was the place where my father went to die. That room is still there. Nothing’s changed.
He was thirty-six when he died.